The one where Jane’s surgery is at risk of going wrong…..

On the day of the surgery, Jane is checked in to the hospital and waits to be prepared for the procedure. A very senior and skillful surgeon, Mr Jones, infamous in the hospital for his authoritative manner and sometimes foul temper is scheduled to perform the operation. 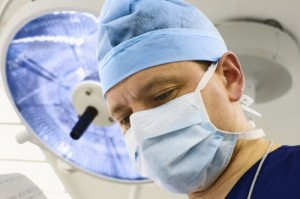 A young F2 named Dr Patel will be observing and assisting the procedure. A team of nurses and an anaesthetist begin the surgical preparations, and an X is marked on the bandage on Jane’s left ankle to mark the correct surgical site. 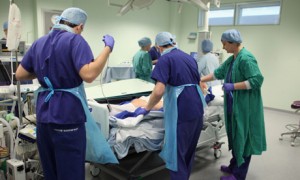 The previous case has run on later than was expected and so the morning’s theatre list is now under pressure. Immediately prior to the surgery, in the haste to move quickly on to Jane’s case however, a member of the preparation team takes off the bandage, unknowingly removing the ‘X’ with it. The nurses are busy with the final preparations for the surgery, and Mr Jones is becoming increasingly impatient and is eager to being the procedure due to the now tight theatre schedule. Because of this, the step of verifying the correct surgical site is overlooked and Mr Jones mistakenly makes preparations to operate on the right ankle, instead of the left. The left leg is draped and covered while the right leg is exposed. 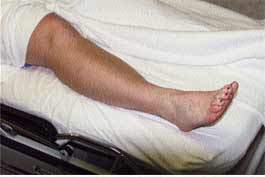 Dr Patel scrubs up and gowns and comes to the side of the operating table. 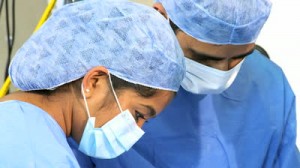 She looks at the drapes and notices that the right leg is exposed. Having been the doctor who admitted Jane on to the ward, Dr Patel has a nagging feeling that it was actually the other leg. She tries to remember her examination of Jane and which leg was the problem. She admitted Jane to the ward at the end of a very busy 12 hour shift in which she had no break and convinces herself that it probably was the right leg; after all the team and Mr Jones would be very unlikely to make such a mistake. Dr Patel briefly considers speaking up to clarify the site, but hesitates as Mr Jones seems a tad irritated and is starting to get impatient and also she remembers what happened the previous week when she questioned another surgeon regarding a potential error which resulted in the surgeon snapping at her.

She is also worried about challenging the authority of a senior surgeon in case she scapegoats herself among the rest of the hospital staff, particularly as she has only started working at that hospital. Mr Jones has already scolded and spoken harshly to several of the nurses that day, and Dr Patel does not want to be snapped at again.

However, she is also concerned for Jane’s safety on the operating table, and is aware of the serious implications that could result from a botched surgical procedure. Unsure of what to do, she silently debates with herself for several seconds. 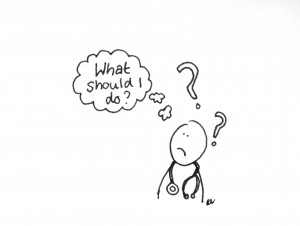 1. The decision of whether or not to challenge the authority of senior colleagues is always difficult. Please comment on the reasons for and against Dr Patel challenging the authority of those in control of this procedure?

2. What steps could be put in place to prevent this potential error from happening?